Welcome back to yet another new issue of Cover Tunes, CBSI. I’m so glad you could join me this week as I am really going to celebrate a group of covers that are gorgeous and get virtually NO LOVE other than by a very small segment of collectors; Silver and Bronze Age Gold Key books. Now, I’m under no delusion that this week’s article is going to break any “click” records, but that’s not why I write these. I write them to shine the spotlight on underappreciated books that deserve recognition. I hope you will see past the fact that there are no hot properties included, this week, and enjoy for that which it was intended; an appreciation of great cover art.

Gold Key’s history is a strange one in that the company took over many of the franchises that had been previously started by their partnered company, Dell Publishing (mostly from Dell’s “Four Color Comics”). Begun in 1962, Gold Key (and its other imprints, Whitman and Top) began publishing mostly properties that were film/television/cartoon related and sold on newsstands. As a result, many of them are rather common. However, most surviving copies of these books have been so well-read that they are to the point of being in shreds. Later, Gold Key lost many of its properties to Charlton Comics (such as The Phantom, Popeye and Flash Gordon) and Marvel (such as Star Trek). Declining sales in the late 1970’s led Western Publishing to cease newsstand sales of its Gold Key comics in 1981. After that, for the next three years, the company distributed bagged multi-packs under the Whitman and Top imprints until 1984 when all distribution stopped.

Many of the titles from Gold Key were resurrected in the 1990’s by Valiant and, afterward, Dark Horse. For those who collected during those years, I’m sure you’ll recognize some of these. Also worthy of note is that Gold Key/Dell is among the few publishers to NOT display the Comics Code on their covers during this era.

One last note before we dive in… On many of the books from Gold Key, there are beautiful fully-painted covers that are full of vibrance and action and masterfully rendered. However, on many of them, no illustrator credits are given which is a crime. However, many of those with attributions are by George Wilson who provides some unbelievable work throughout the 60’s for Gold Key and Dell. He is represented often in today’s issue.

Since I have so many listed this week, I’m not going to get into too much detail on any of them, but suffice it to say that these are my overall favorites from an art perspective. Many of the #1’s on the respective series can be rather pricey, but afterwards, later numbers in “beater” condition can often be found in dollar bins. Midgrade copies shouldn’t top $10-$15. High grade (like anything from the Silver and Bronze Ages) will of course fetch a premium. With all of that said, let’s get started… 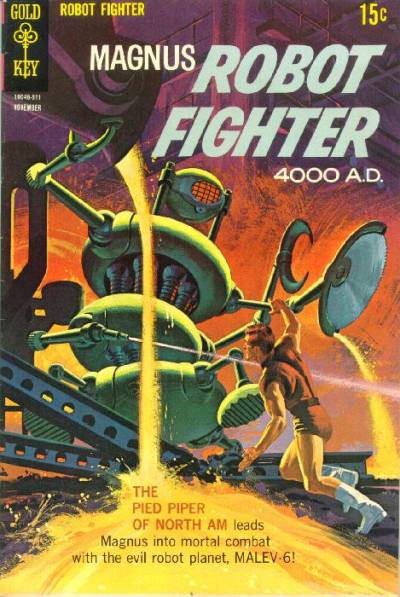 The layout and depth of this cover are both superb. A color masterpiece with incredible perspective, this cover is the epitome of a group of fantastic covers. There are really no bad ones in the entire run and you’d be hard-pressed to go wrong with any of them. I really love the pulp magazine feel of this art and it is a crying shame that we don’t know who the artist is. 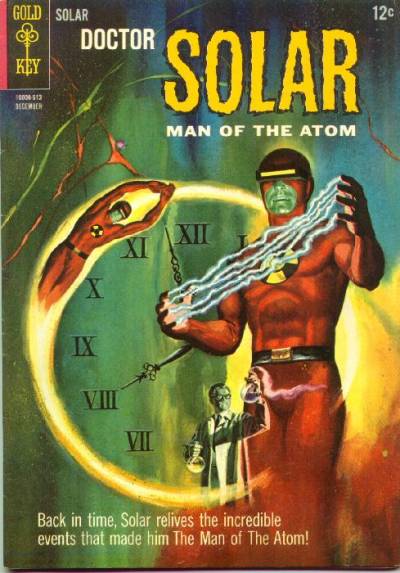 The colors on this one are so gorgeous and again, like Wilson’s other work (of which you will see more, today), tell so much story within one expert panel. While I love this one and it is definitely the one that “pops” the most from this run, I love the more abstract covers from this run, as well. #2 is particularly cool. 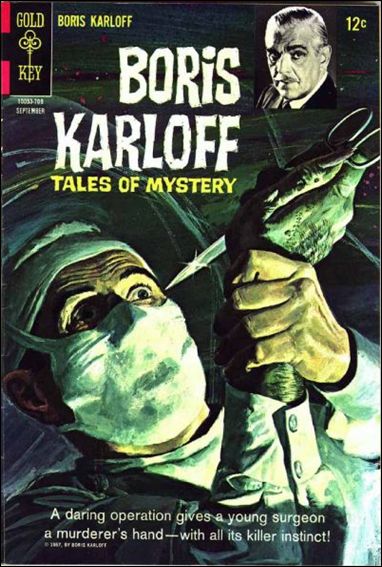 Originally, for the first two issues, this was titled “Boris Karloff: Thriller” and were square bound giants. This was quickly changed to a smaller format with a new title. Those first two “Thriller” issues are pricey, but the rest of the series is not. Here is George Wilson, again, providing an exquisitely macabre cover. Just as good as any horror cover of the era, this one evokes a certain suspense that is so often not quite realized by other artists. The use of light and shadow is masterful and the cover tells a story in-and-of itself. 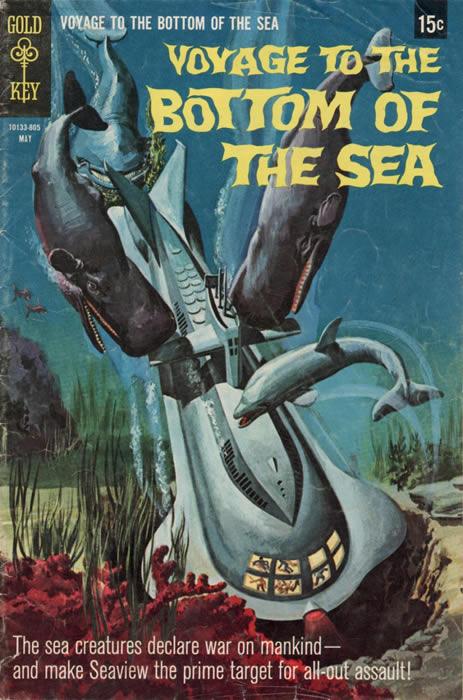 Here is good ol’ George again with another fantastic cover. It is amazingly dynamic and full of “plot.” There is a lot going on in this cover, but because the composition is so well laid out, one doesn’t really feel any clutter. 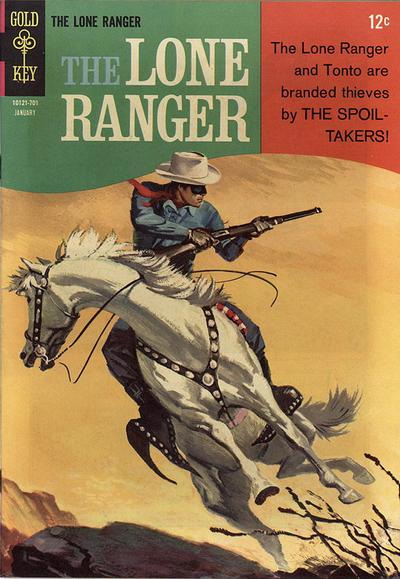 Begin in 1948 by Dell and running sporadically in the their Four Color Comics, the Lone Ranger was flipped over to Gold Key in 1964 and, again, ran sporadically often reprinting early material from the Dell counterparts but with new cover art. Later in the series, however, the content was original. My, my… the level of expertise on this cover is unbelievable. The study of the animal alone is a thing of beauty and grace. 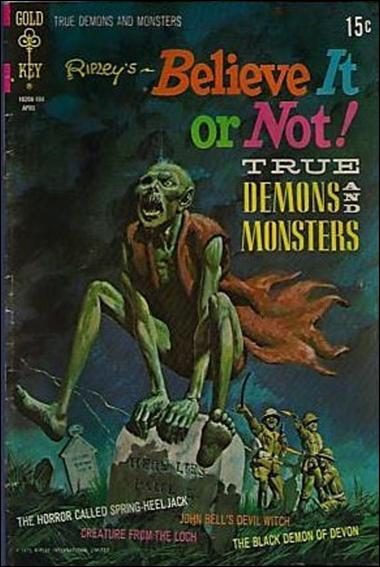 One of Gold Key’s longest running titles (going 94 issues up until 1980), this was, of course, the inspiration for the 1982-1986 television show of the same name. This one is just super-creepy and has the feel of one of the great DC horror titles of the day like House of Mystery or House of Secrets. A stand-out cover from the run. 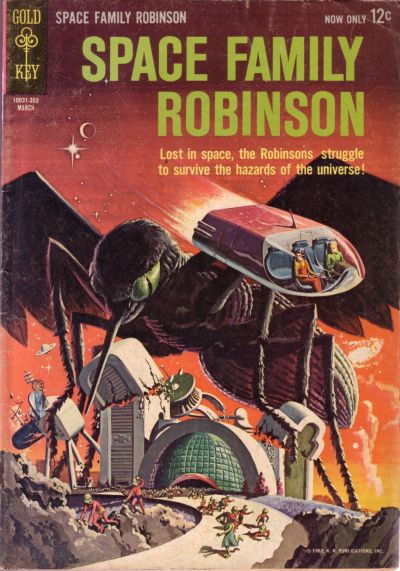 Having the feel of a great monster movie poster, this cover has all kinds of little cool things happening. It is dynamic, action-packed and has great layout and color. I particularly love the “swooping” paint effect on the pod to show speed… such a 60’s thing to do. 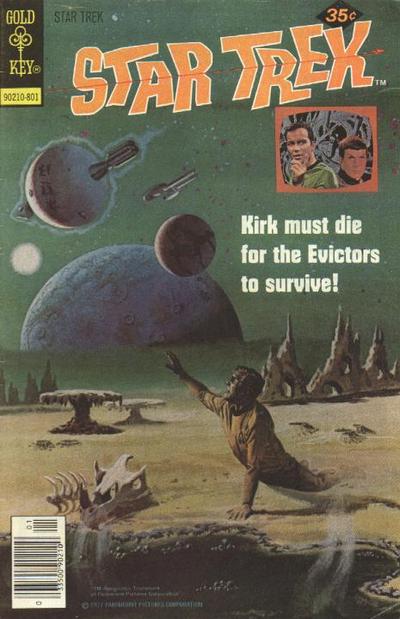 Well, this one was a tough one. I love the early mondo style covers for this series, but I already featured one of them (#7) in Cover Tunes issue #28. I also love so many of the later covers, #28 is amazing, #49 and #55 are super-dope, too. However, I really thought that this #50 summed up the feeling of the show and the essence of Trek. It is an elaborately painted cover with a stark feel that is a fantastic nod to the desolate planets that were visited so often in the 1960’s original series. 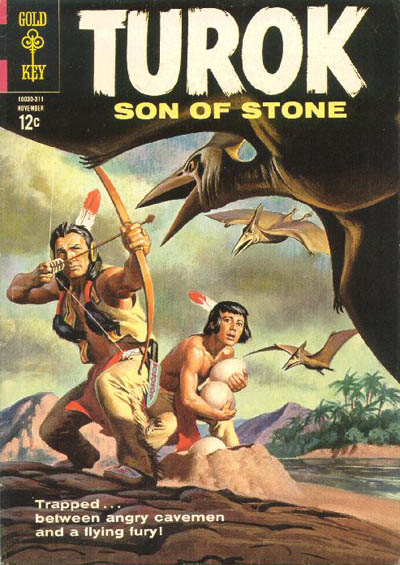 Admittedly, this cover was reused from the Dell #14 from the same series, but we’re not featuring Dell, today. Gold Key often reused some the best Dell cover art for later numbers in the series they took over. It is obvious why this one got the recycled treatment as it is a framing masterpiece and a moment of high drama and suspense. Again, it is such a shame that we don’t know who did this cover, but it crushes just the same. Such beautiful depth, backdrop and emotion. I really love this one. Dell was the imprint until issue #29. After that, it was Gold Key. The Dell version (#14) is a little more pricey, but this Gold Key issue #36 is $10 or less. 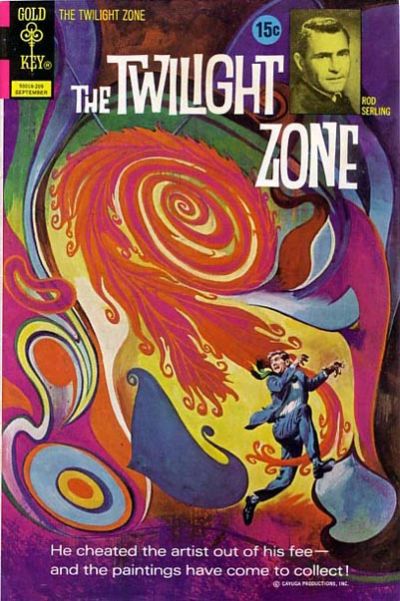 Trippy and weird and psychedelic, this cover embodies the 60’s in a cool graphic style that IS this era and ONLY this era. Without too much pomp, the color work is obviously the draw, here, but I love how great the character work is integrated and the flow of it all (yeah, yeah… double meaning in this case). Just a cool, eye-catching cover. The Twilight Zone was another of the longer-running Gold Key series having gone 91 issues and into 1979. It partially coincided with the show which ran from 1959 to 1964. 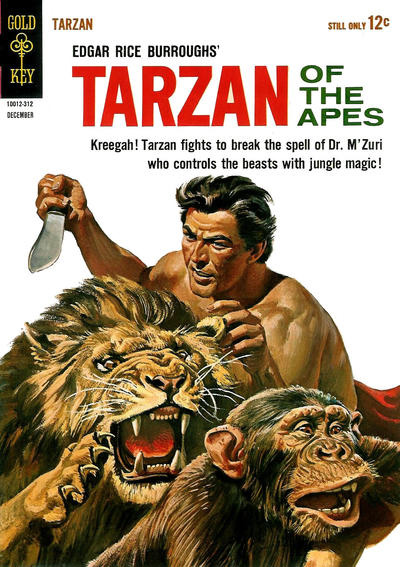 Again, flipping from Dell to Gold Key at issue #132, Tarzan had a huge run from 1948 to 1972 and going for a total of 206 issues under the combined imprints of Dell and Gold Key. Using Lex Barker photo covers for the majority of the first 50 or so covers, these moved over to fully painted jobbies and there are a ton of great covers. This is among the best mostly due to the contrast of the figures against the all-white background.

Phew… and there we have it. That was a bit of a marathon, but well worth it, I feel. I really hope you enjoyed this one as much as I did writing and researching it. Drop a comment and let me know which ones you liked and if I missed one of your favorites. Until next time, be well, thanks for reading and happy hunting.

This site uses Akismet to reduce spam. Learn how your comment data is processed.